Darren has always been a favourite among the classic lads on this site — he has that “real boy” look and natural physique. He looks like the guy next to you on the bus or next to you at a urinal. Sweet and unassuming, and utterly fun to treat as a sexual plaything. In this scene, he is at the mercy of Stan and Terry, and he is bound to a chair, exhausted after being forced through a grueling physical workout. The sneering tops grope and fondle his naked body. The seat’s been cut out of the chair, allowing Terry to slip his finger deep into Darren’s warm, hairy sphincter. Meanwhile, Stan is having lots of fun forcing creepy kisses on Darren, snogging his pursed lips and licking his face. 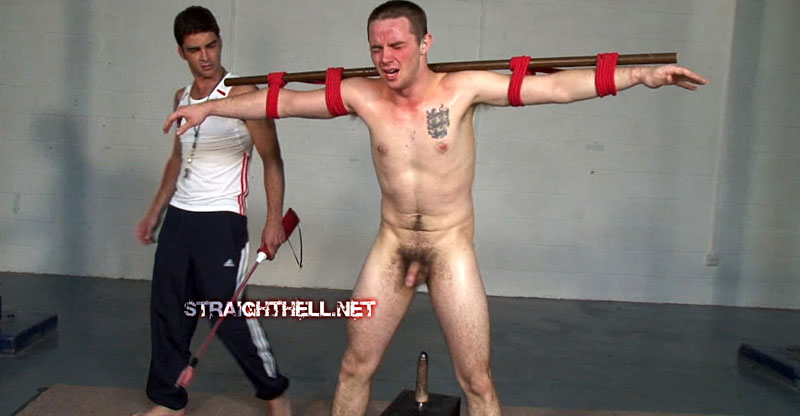